Will self-driving cars mean more or fewer people in cities?

New research reveals that self-driving cars might lead to population concentration in already highly urbanised areas, and not only to population spread to rural areas as previously thought. 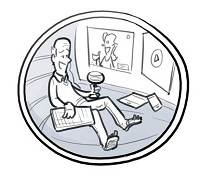 What impact will the advent of self-driving cars have on the places where people live and work? An often-heard argument is that car drivers will reside further away from their workplaces, as they can now spend the time in self-driving cars productively. After all, commuting to work becomes far less tedious when one can email en route, or have video meetings with colleagues or even watch the latest episode of Game of Thrones. Consequently, people might prefer to live in spacious, detached homes in the countryside, while happily travelling two hours to work and back each day.

This however is only part of the story. Firstly, working in a car isn’t for everyone, of course, as for instance a surgeon prefers to operate in a hospital than in a car…and his patients would certainly agree! But there is also something else in play, something not yet fully understood. Self-driving vehicles will also have profound consequences for public transportation passengers. This will create a counterforce to migrations to the countryside, as it makes living in cities much more attractive.

Imagine that cars can drive all over the city without drivers, and that via an app we can pre-order how we wish to travel the following morning. At the agreed time, a vehicle arrives to pick you up and take you to your destination. This could be a one-person vehicle, if you can afford that service. Alternatively, it could be a less expensive 6-passenger vehicle that also picks up and drops off other people who are travelling in the same direction. Because many such vehicles are operating in the city, sharing rides with others does not significantly increase travel times. This is the ‘Mobility as a service; any time any place ' world, as described in one of  the four ‘Driver at the wheel?’ scenarios developed by KIM Netherlands Institute for Transport Policy Analysis.

Companies offer these types of mobility services. The services are inexpensive, because no drivers are involved. As a result mobility services might largely replace current public transportation, except for certain high capacity train and metro lines. Moreover, they offer travellers efficient door-to-door trips. And that certainly has its appeal. No more long walks to bus stops, waiting there, travelling via the city centre (even though you needn’t go in that direction) in order to changeover, then more waiting, before finally taking yet another trip to your workplace situated elsewhere in the city. Instead, you will be picked up at home and driven straight to your workplace. Count your winnings…that saves time.

Such time savings will be especially prevalent in highly urbanised areas. Due to the high population density, the trips can be efficiently scheduled and capable of largely avoiding indirect routes. Conversely, in the countryside, such mobility services will likely be much more expensive, as the vehicles will often be unoccupied when travelling from one passenger to the next. Door-to-door mobility services replacing bus and tram, will render traveling in cities much more attractive, and hence make living in cities more compelling. This is the counterforce that will dissuade people from leaving the cities, despite the fact that they can spend the time in self-driving vehicles productively.

What do these two forces portend for the distribution of the population across regions in the Netherlands? To find out we conducted an analysis using the LUCA model (here is our study), which calculates where people live, where companies are located, and how people travel between these locations. We modelled a world in which mobility services are provided by self-driving vehicles that have largely replaced cars and buses/trams/metros. The other transport modes (train, bicycle, etc.) remain unchanged.

The accompanying maps of the Netherlands summarise the research findings, revealing the differences between three self-driving vehicle simulations and the LUCA baseline. The map on the left clearly shows the migration to cities when door-to-door mobility services replace public transport, with the population of the Randstad (the Amsterdam-Utrecht-Rotterdam conurbation) growing at the expense of regions situated outside of the Randstad. The centre map reveals a countervailing pattern of population spread, because car drivers are more willing to accept longer commutes if they can spend their travel time more productively. In this scenario, the cities lose people to rural areas. The map on the right combines the two effects. In the Randstad’s cities and suburbs, migration to the city prevails and the population grows. The impact of population spread is more pronounced in the cities situated outside of the Randstad: these cities lose population, partly to the surrounding rural areas.

Changes in population size (in %) due to the introduction of door-to-door mobility services using self-driving cars. Left: effect of replacing public transportation. Centre: effect of productive use of time in the vehicle. Right: both effects combined.

As the KiM research study, ‘Paths to a self-driving future’, has revealed, it will be some time before fully autonomous vehicles dominate our cityscapes. Consequently, our calculations include a considerable degree of uncertainty. Nevertheless, spatial planning and investment in infrastructure are long-term processes. Hence it is crucial for spatial planning and mobility policy to keep in mind that self-driving vehicles might result in further population concentration in our already highly urbanised areas, and not only to population spreading to rural areas, as was perhaps initially thought.